One of the earliest obtainable separately issued maps of Los Angeles, which appeared in only a handful of pre-1900 editions of Cram's Atlas.

The City is divided into 9 precincts. Shows streets, the LA and Arroyo Seco Rivers, early parks including Westlake, Elysian, Echo and Agricultural Parks, cemeteries, rail lines, street cars, etc. The only 19th Century map of Los Angeles to appear in a commercial atlas and one of the few obtainable 19th Century maps of the City. 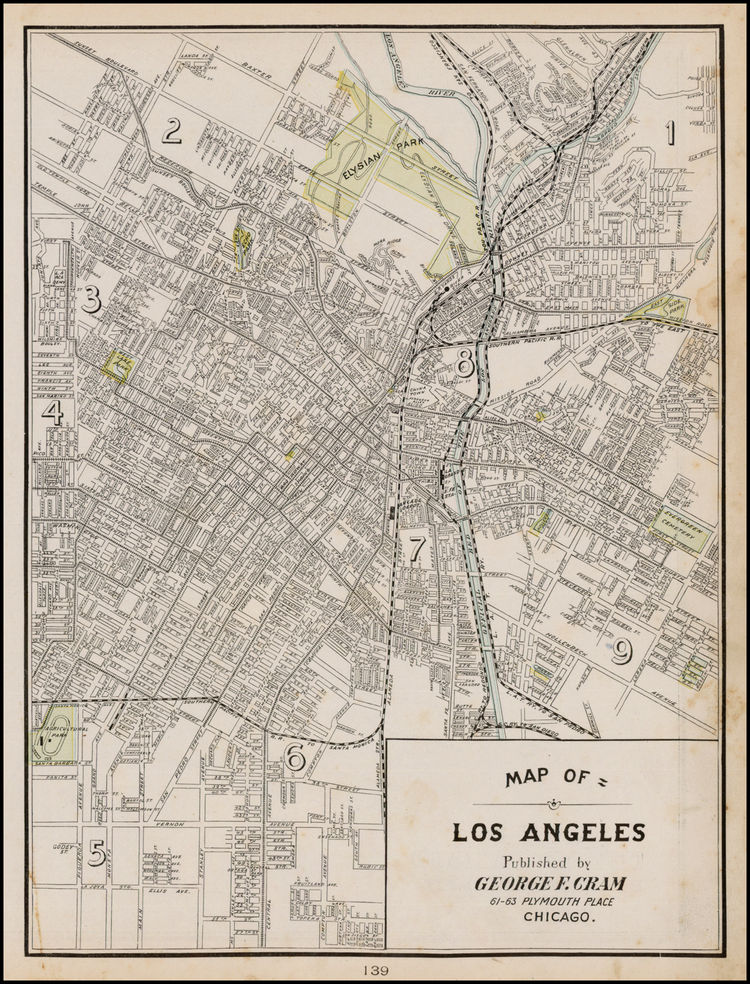